Large-scale agricultural projects are not working for Africa

Plans to augment Nottingham’s Visitor Economy gets a boost

Nottingham will this year play host to the prestigious...
Uncategorized

Nottinghamshire County Council is poised to increase its foster...
News

Campaigners are uniting to raise awareness of a major...
Education

The Mojatu Foundation is offering access to multiple Google-certified... 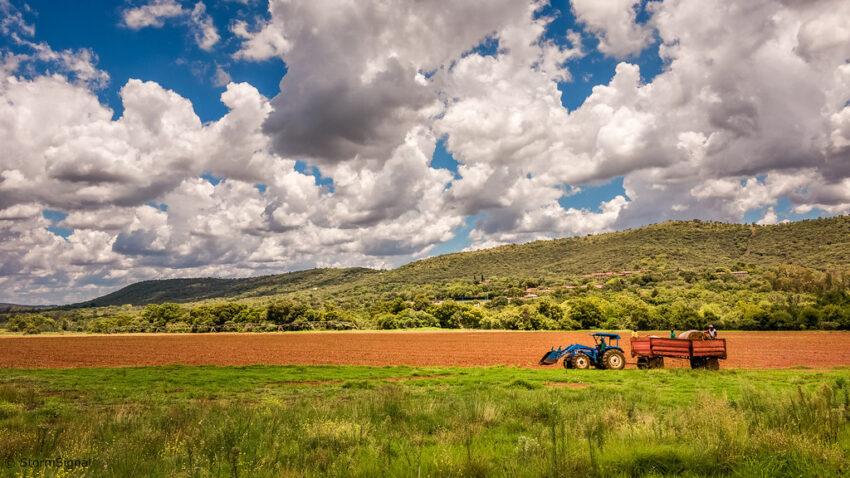 In recent weeks, observers and officials have described the first grain ship to leave Ukraine since Russia’s invasion as a “beacon of hope” and celebrated the G7’s promise to spend $4.5 billion to address global hunger. They hope these actions will help address food insecurity, which has increased due to the war in Ukraine and the Covid-19 pandemic.

However, moderate and severe food insecurity has been steadily on the rise since 2014. In the years leading up to the pandemic, healthy diets were already becoming increasingly unaffordable, most notably in Africa and South America. Long before the shocks of the last few years, there has been something fundamentally wrong with modern food systems. As well as measures to mitigate the current crisis, we urgently need to rethink the “business as usual” of global food production.

Many approaches to food security are deeply flawed and driven by entrenched interests. Large-scale agricultural investments are among them. Their proponents advocate for more land, greater mechanisation, and the use of high-yield crops and other inputs to combat hunger and promote development. Under the auspices of the former G8 and supported by major international organisations, for example, the New Alliance for Food Security and Nutrition in Africa (NAFSN) sought to improve Africa’s agricultural productivity through private-public partnerships, market-oriented reforms, and private investment.

In prioritising the interests of large agricultural companies over those of small-scale farmers, however, the initiative failed to alleviate hunger, malnutrition, and poverty. It disintegrated less than 10 years in. Nonetheless, other projects such as the Alliance for a Green Revolution in Africa (AGRA) have stuck to a neo-productivist agenda embedded in tech-driven solutions and foreign capital with equally dire results.

In fact, the Global South – and particularly Africa – has experienced a surge in large-scale agricultural investments. According to the Land Matrix Observatory, over 12 million hectares (an area approximately the size of Malawi) have been acquired by foreign or domestic investors in Africa since 2000. Deals for another 4 million hectares are planned.

These contracts often target wetter regions where there is a high prevalence of smallholder farming and community land. Large-scale businesses who take over this land commonly replace traditional food crops with biofuels, fodder, and export-oriented cash crops such as palm oil and sugar cane. They focus on more profitable food exports rather than local consumption. It is perhaps not surprising therefore that academic researchers in 2021 found that large-scale agricultural investments may improve global food security, but they deteriorate local food security.

As well as hampering nutritional security in poor regions, research has also found that the global land rush negatively impacts rural societies in other ways. In our latest work, we investigated how land deals affect interpersonal trust, a core condition for facilitating collective action in fighting household poverty, governing common resources, and fostering food security. By analysing 70,000 Afrobarometer survey responses, we found that trust – and especially intra-family trust and women’s level of trust – was consistently lower in areas targeted by large-scale land acquisitions. By eroding common property systems, changing rural labour regimes, and promoting intrafamilial disputes, large-scale land investments seem to be cannibalising on one of the most important human assets: the capacity to trust one another.

rural labour regimes, and promoting intrafamilial disputes, large-scale land investments seem to be cannibalising on one of the most important human assets: the capacity to trust one another.

If large-scale agricultural investments are to strengthen local livelihoods and promote nutritional security, they will need to be fundamentally rethought. Entrenched dependencies on a global oligopolistic agribusiness industry must give way to a more inclusive bottom-up approach that prioritises decentralised food systems. We want to propose four specific recommendations.

First, transparency over large land deals needs to be enforced and not simply wished. In a 2022 report by the Land Matrix, 78% of all the African large-scale land acquisitions assessed had failed to satisfactorily implement the UN Food and Agriculture Organisation’s Voluntary Guidelines on the Responsible Governance of Tenure. 20% did not comply with any of its principles. As well as ensuring these best practice guidelines are followed, standards like the Extractive Industry Transparency Initiative (EITI) could also serve as a blueprint to promote more responsibility and accountability.

Second, stricter conditionality should be imposed on corporations buying land. These could demand the promotion of local employment such as through flexible job schemes and local content policies. They could ensure that deals exclusively focus on fallow land, rather than forested areas or regions hosting small-scale agriculture. They could stipulate that food crops are prioritised over, say, biofuels or fodder. And they could contain provisions that would better protect customary land and communal access to unused spaces and trees.

Finally, we advocate for better integration of modern and traditional food systems. Cost-effective agricultural practices such as Zaï holes, intercropping, or traditional organic composting should be better acknowledged and more readily incorporated when trying to set up climate change-resilient farming. Indigenous and local farming knowledge can help modern agricultural systems become more resilient. Large-scale land projects should not ignore these repositories of wealth.

Altogether, these recommendations would help safeguard local social fabrics, boost local food security, and rehabilitate ecosystems. Some investors might not be interested in them – they would not optimise profits for corporations in the same way as their current approaches – but the slow and steady increase in food insecurity since 2014 signals makes it clear that being the most profitable has little to do with solving the food crisis. Departing from that mindset is a necessary step to achieve global food security.

Plans to augment Nottingham’s Visitor Economy gets a boost