The rich are untouchable”: Uganda’s struggles to protect its wetlands

Campaigners are uniting to raise awareness of a major...
Education

Derby Museum is hosting a fascinating deep-dive into the...
Art & Culture

Those who know little about their past realities shall...
Sport

We speak to organiser Paul Newman about the biggest... 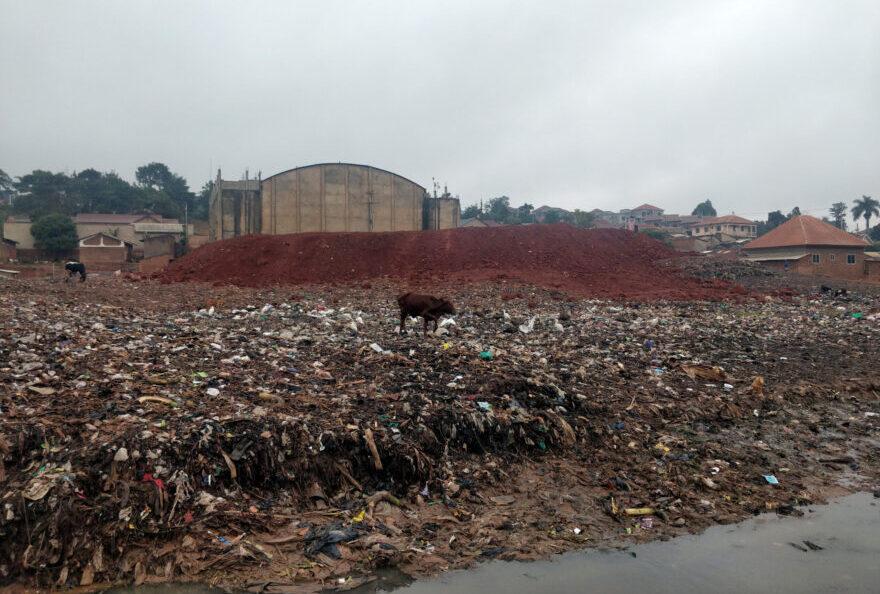 Last week, state officials accompanied by security forces swept through the Lubigi wetlands on the outskirts of Kampala in a long-awaited operation. They made numerous arrests, evicted hundreds of people, and destroyed markets, lorry parks, and many other structures.

The action followed repeated presidential directives to remove people from the country’s wetlands. As businesses, farms and homes have increasingly encroached on these environmentally precious zones, they have gone from covering 15.5% of Uganda’s land in 1994 to 8.4% in 2019. If factors remain constant, scientists predict they could cover just 1% of Uganda by 2040.

The government’s plans to clear the wetlands have ramped up recently. The National Environment Management Authority (NEMA) has carried out crackdowns and reissued its previous calls for people to vacate lakeshores, riverbanks, forest reserves and wetlands. And last month, President Yoweri Museveni renewed his public criticism of companies situated on protected lands.

According to officials like Amina Nanziri Lukanga, Resident City Commissioner for Kampala, the government has approached evictions in a fair manner.

“We have been talking to people one-on-one as a group to make sure that people understand what the president is trying to say in saving these wetlands,” she says. “If there are any people who can’t understand and leave peacefully, then there’s nothing to do but just force them out.”

But many people who live or work on the wetlands have complained about NEMA’s conduct.

“Removing us from this location wouldn’t be awful. However, the approach is not acceptable,” says Fred Sseguya Mivule, who ran a kiosk selling soft drinks in a taxi park in Lubigi. “They didn’t notify us to remove our properties. They simply arrived and began trashing everything. Some of us are operating these enterprises with bank loans.”

John Gumumushade, a 42-year-old father of six, is similarly dismayed. He lives on Namiiro wetland, along the shores of Lake Victoria in Entebbe, where 5,000 people face eviction. Over many years, they have built houses, businesses, schools, and churches on the 1,000-hectare site.

“When we started buying these plots, all authorities here including the so called NEMA were seeing us. No one stopped us,” says Gumumushade. “I pushed a wheelbarrow selling fruits as a hawker for seven years to acquire this plot but now it is being taken away from me without compensation.”

Another rule for the Rich

Another aspect of the evictions adding insult to injury is the perception that NEMA is only targeting poor communities. It is not difficult to see why.

Around the same time security forces were destroying markets and shops on Lubigi, two flower farms belonging to Uganda’s richest man, Sudhir Ruparelia, could be seen extending their reach into wetlands outside Kampala. “This farm started from a very small piece of land, but every day we see them expanding and the whole wetland is getting lost,” said Musa Kavuma, a neighbour and eyewitness. When asked by African Arguments whether the company had permits to utilise the area, farm manager Ravi Kumar declined to answer. “You don’t know how these things work and you have got wrong information,” he said.

In Entebbe municipality, Akright Projects, another business owned by one of Uganda’s richest men, Hamis Kuggundu, is similarly actively building on wetlands. The Ham Palm Villas complex is set to be a high-end 200-acre gated community replete with luxury homes, swimming pools, gyms, supermarkets and more. The company did not respond to requests for comment.

“Despite the laws in place, encroachment on these areas has continued, mostly because the government and the institutions it has mandated continue to encourage this,” says environmental campaigner Bridget Ampurira.

Some Ugandan officials deny that there is a discrepancy in how different encroachers on wetlands are treated. “We are not focusing on the poor people, and no one is above the law,” says Vincent Barugahare, commissioner at the Ministry of Water and Environment. “We are coming for them and it’s just a matter of time; we have not yet reached them.”

However, other officials speak openly of finding it difficult to tackle wealthy companies. Jane Asiimwe Muhindo, Bushenyi Resident District Commissioner, says she has faced intimidation from “high-end” individuals including government officials when trying to tackle big businesses in western Uganda.

“Although we are working hard to carry out the president’s directive on protecting wetlands, we are facing opposition from well-connected officials who are trying to undermine us,” she says. “When we visit the community, people complain that we have [overlooked] the wealthy residents, [but] as a result of our efforts to pursue [those rich residents], we end up becoming victims.”

The problem of enforcing environmental rules when dealing with rich companies in Uganda is long-standing. As early as 2010, a frustrated NEMA decided to name and shame scores of companies and individuals encroaching on wetlands. The hope was that it would push them to change their practices sooner than lengthy court battles, but it had little effect. Now, officials say their next strategy is to go straight to the president for guidance.

“The biggest number of people destroying wetlands are the rich who have become untouchable,” says Beatrice Anywar, State Minister for the Environment. “We are going to deal with them differently. We compiled a list of those untouchable wealthy people and it is already at the office of the president who is going to advise us on how to engage them.”