At the border of Europe are refugee camps that are not being talked about enough. Refugee flow is a thematic that has gained worldwide attention, as it should. It is sometimes hard to believe, especially out of context, that human beings amid the 21st century are still forced to leave their countries because of war, crime, violence, persecution, colonisation, and climate change. Displacement has been happening for as long as we can remember. And the fact that refugees are being neglected and their human rights constantly grossly violated in crowded camps is something we have heard so often that we have come to think of it as normal.

Because of the Eastern Mediterranean migration route between Turkey and Greece, Greece is currently hosting the largest refugee camps in Europe, as it is a point of entry. In 2015, it was the main entry point for over one million refugees and migrants who fled to Europe by sea, seeking safety dangerously in inadequate vessels run by people smugglers. (UNHCR)

Moria Camp 2.0 is currently known as being the largest one. It is located on a Greek Island in the Aegean sea called Lesvos, about 11 hours from Athens by boat. Officially, the camp is called Mavrovouni Temporary Reception and identification centre, but is formally being referred to as Moria 2.0. It was built to replace the original camp Moria which burst into fires in early September 2020.

20000 people were trapped in the old camp and displaced after the fire. Many people were deported to other countries, moved to villages and cities on the island and or to Athens. The new camp hosts 6,780 people. But over 9000 refugees and asylum seekers still reside on the island of Lesvos.

The majority of the refugee population on the island (the expression “refugee population” includes both refugees and asylum seekers) comes from Afghanistan (70%), the Democratic Republic of Congo (10%) Syria (7%), Somalia (6%) and Iraq (1%).

Women account for 23% of the population and children 35% according to the UNHCR.

Asylum seekers generally have to wait for a protracted period of time in the reception and identification centre (refugee camp) before they are granted refugee status. Some people have been waiting for months or years. However, only a small number of asylum seekers are provided with a solution to their situation, whether through having a refugee status or being able to go back to their country. Many are stuck inside refugee camps and facing the worst living conditions for an extended period of time.

What is heartbreaking is that the conditions of those camps are not safe especially for single women. And people who are stuck within those camps have come to Europe for no other reason than to seek safety. Safety is not only the comfort of having a stable home or a roof over your head, food on your plate every day, or an income, which all of them are deprived of, it is also freedom from harm or danger, the state of being safe: a safe place.

The state of safety also depends on how welcomed in a community you are. How safe are you within that community, how accepted, how integrated?

Europe is failing refugees and refugee camps are a symbol of Europe’s failed migration policies. Many ngos and human rights activists are constantly denouncing the living conditions within those camps.

The reason why asylum seekers are accommodated in camps for an extended period of time seems to stem from the understanding of European governments that the situatiıon of refugee camps should be temporary.  This state of impermanence is what the host country wants the situation to be. However, the reality is different. Inside Moria camp, in Lesvos, I have met and interviewed people that were there for years. Asylum seekers are not reaching safety while they enter Europe. On the contrary.

Greek refugee camps at the borders allow the authorities and Europe to ‘maintain’ more control over refugees as they are all in one place and over the flow of refugees entering Europe through that route. But it is denying them of their humanity, keeping them in terrible inhuman conditions in the name of national and international security.

The nature of refugee migration is forced, as they cannot go back to their countries as governments themself are declaring war, persecuting them, and are not ready and willing to protect them or accommodate their identities.

I believe the international community should pay close attention to the political decisions that are being made in Europe about refugee camps, and also the way that people seeking safety are forced to live. That neglect which the refugee population is facing is occurring because of political unwillingness, global indifference, and the personal interests of European governments. And it is justifying the daily gross violation of the human rights of thousands of people seeking safety. 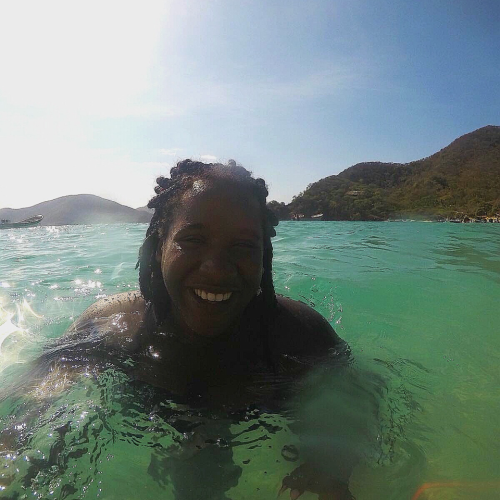 Previous articleForced migration: what are the main reasons people flee their homes?
Next articleWhy referring to asylum seekers and refugees as migrants can be harmful